If a heat map of educators’ current favorite innovations would exist, the term blended learning would probably be red-hot. Although the idea is trivial, it most frequently refers to combining traditional classroom education with digital or online elements, it is nevertheless often poorly understood.

In my view, blending will only benefit learning if it has deliberate utility. That is, if the digital or online tool at hand is aligned with the goals, tasks, and examination of the course. Thus, rather than blending strictly for the sake of for instance moving with the times or cutting costs, the blended elements must deliberately target the insights or skills that the course ultimately demands.

The case of Vax!

It follows that some popular forms of blending, such as the use of lecture videos, do not necessarily promote learning. Deliberate blending on the other hand can be quite effective to attain a course’s goals, even without requiring much effort. To illustrate this, I invite teachers to incorporate a digital or online tool that can be aligned to their course, and ask them to briefly share their experiences. The first is my colleague Sacha Epskamp, who generously accepted to use the serious mini-game Vax! in his course on network analysis in Psychology:

I used the game Vax! in my course on network analysis for psychological researchers. The goal of the course is to conceptualize psychological systems such as mental disorders as a network of interacting psychological components: fatigue leads to being tired, which leads to concentrating poorly, which leads to worrying. A disorder then arrises as emergent behavior analogue to the emergence of an epidemic disease on a social network. In this particulair network, I wanted to describe how to quantify which nodes are most important in a network. The game Vax! let students playfully test for themselves if they can identify these nodes by preventing the outbreak of an epidemic. With this introduction the students immediatly grasped the idea of identifying the importance of central nodes in a network. The game was well received by students and allowed me to energetically start the lecture. Even asking students two years later about the lecture they still remember it well.

The game Vax!, pictured below, thus helped students to quickly grasp a central property of network models. A different mini-game, called Synonymy, gives students a similar opportunity by asking them to navigate from one word to another through intermediate synonyms. Both are examples of the type of blending that may indeed benefit learning. And as a bonus, the students have additionally learned to generalize an important property of networks to completely different domains. 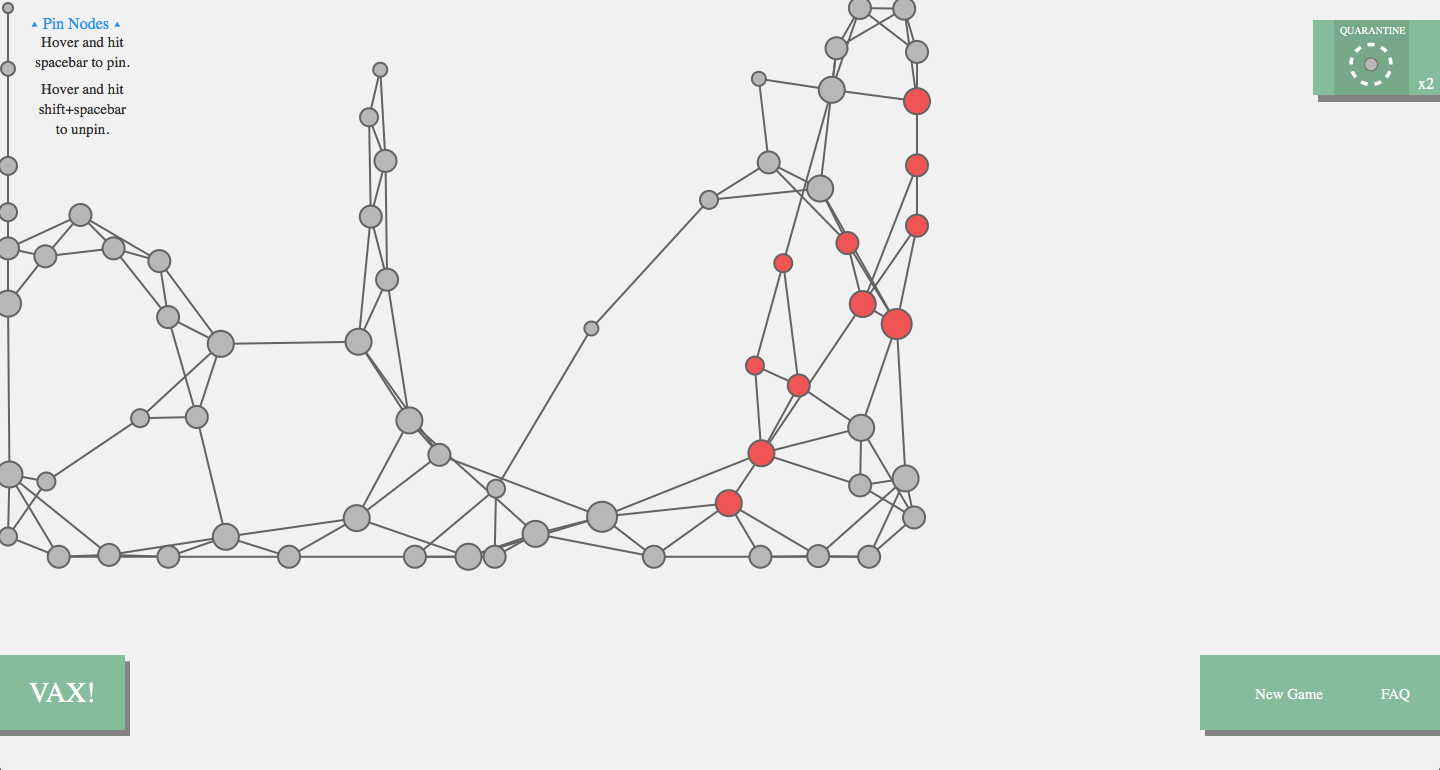 Are you inspired to deliberately blend your own course? Or do you wish to share a great example of deliberate blending? Please let me know!